Sometimes it’s unintentional, sometimes it’s part of a contrived plan. You and other hardworking employees get cheated out of overtime pay you are due.

With the help of a skilled employment lawyer, you may be able to recoup your losses and more. At the Employment and Consumer Law Group, we stand up for the rights of individuals who are taken advantage of by their employers. If you’re struggling to obtain unpaid overtime that you have rightfully earned, contact an employee rights lawyer in Nashville, TN at our firm right away.

What is Overtime Pay?

Overtime pay is the premium you are to be paid for working more than 40 hours a week. It’s stipulated in the federal Fair Labor Standards Act (FLSA), which Congress approved in 1938. The purpose is to protect workers from unscrupulous employers.

The FLSA covers employees in private companies and in state and local government agencies. The Department of Labor administers the law, which enforces minimum wage, overtime, child labor, seasonal and migrant workers, and other categories of regulations.

Most employees working more than 40 hours a week are entitled to time-and-a-half, or one-and-a-half times the employee’s regular pay. Not all classes of employees are entitled to overtime, but most are. Roughly 59 percent of America’s workforce is covered by overtime regulations.

Like many other states, Tennessee does not have overtime laws that go above and beyond those stipulated by the federal government.

Employers can be held liable when they do not pay you for overtime you’ve earned. If your employer owes you overtime pay, an experienced unpaid overtime lawyer can fight for you to obtain fair wages for all hours worked. This includes overtime pay.

Which Jobs are Exempt from Overtime Pay?

Federal law specifies which jobs are entitled to overtime using an objective test. Certain jobs do not qualify, and those employees are exempt from overtime pay. These include: 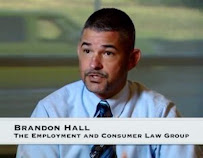 You work hard and deserve a full paycheck that respects the hours you worked, including money for the overtime you put in. It may be uncomfortable or even intimidating to bring up this issue with your supervisor or HR representative.

Don’t suffer in silence. An experienced unpaid overtime lawyer in Nashville, TN with the Employment and Consumer Law Group can give you the best chance of success with an overtime claim. We will conduct a detailed investigation into your employer’s recordkeeping to determine whether you are indeed entitled to overtime. Then we’ll fight for every penny.