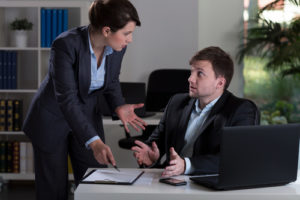 Tennessee, like all other states in the country, is an at-will employment state. This means that both employees and employers are free to end their relationship at any time, and for almost any reason.

“Extremely professional! They will not make you feel left out in the cold like other firms!”

However, there are a few limited exceptions under Tennessee law that limit when an employer can terminate an employee. When the employers violate these examples, the worker has the right to file a lawsuit. But an employee does not need to be terminated to claim retaliation; any sort of negative impact that a person faces due to their exercising of employment rights is grounds for a lawsuit.

Our Nashville workplace retaliation lawyers at Employment and Consumer Law Group help people who have been terminated at work to better understand their rights and to pursue cases of illegal retaliation. To discuss whether you may have the basis for a claim, consult with one of our Nashville employment attorneys.

Retaliation takes many forms. Of course, if a person is fired for exercising their rights as a worker, they have been retaliated against. But there are any number of other actions that count as retaliation under Tennessee law. These include:

Any of these actions that are taken by an employer against an employee constitute retaliation. However, if a person were to file a lawsuit alleging retaliation, the individual or their Nashville workplace retaliation lawyer must prove that the actions listed above were taken as a direct result of the worker exercising their rights.

Workers’ Rights that are Protected from Retaliation? 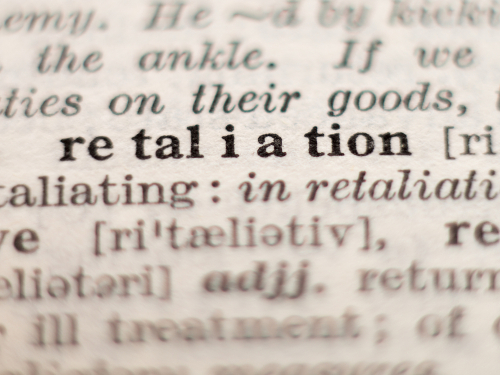 Tennessee law specifically names a number of acts that a worker may take that are protected from retaliation. According to TN Code 4-21-301(1), an employee may not be discharged for opposing a discriminatory practice.

The law states that all workers are to be treated equally despite differences in color, race, creed, religion, sex, age, or national origin. This can be discrimination against the employee, or any other worker.

This extends to not just protecting from termination, but also protects the worker’s ability to testify about illegal practices, provide evidence to investigators, and otherwise assist in a government case.

Another common example of activities that are protected by anti-retaliatory laws are whistleblower statutes. Under TN Code 50-1-304, all workers retain the absolute right to refuse participation in illegal activities.

In the same vein, all workers are protected in the event that they choose to report this activity to the appropriate authorities. Other prominent examples of protected behavior include:

All workers retain the right to exercise these options without fear of reprisal from their workplace. Any violation is grounds for a civil suit.

Fighting Back Against Retaliation

People who have been discharged or faced retaliation after exercising their rights as workers retain the option to file a civil lawsuit in Tennessee’s courts. TN Code 50-1-304 states that a plaintiff must provide evidence that any retaliation taken against them was the direct result of their actions.

The statute further states that any lawsuit filed under this law must begin no more than one year from the date of retaliation.

This makes time extremely limited in cases such as these. Our Nashville workplace retaliation lawyers understand the collection of retaliation laws in Tennessee and stand ready to protect the rights of workers.

People who have been terminated, had their pay or hours reduced, or have been otherwise punished for standing up for themselves at work should contact our firm immediately. Together, we will work to hold the employer accountable and to get you the fair compensation that you deserve.

Brandon Hall
From the Blog
Your Rights Under the Families First Coronavirus Response Act (FFCRA)
June 23, 2020 by Employment and Consumer Law Group

The COVID-19 pandemic has affected every aspect life throughout the country. To help businesses and individuals cope with the impacts of the virus, the Families First Coronavirus Response Act (FFCRA) was established. This act provides certain employees with the right…