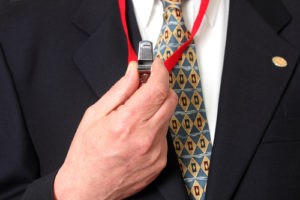 Whistleblowers are valued as people who stand up for justice in the face of wrongdoing. Without employees disclosing information when their companies do something wrong, many dangerous and illegal practices would continue without being discovered or corrected.

A whistleblower in a Chattanooga workplace could be a current or former employee who reports illegal conduct within an organization or anyone with evidence of such conduct. However, many whistleblowers are subject to extreme retaliation and discrimination from the entities they accused of performing illegal actions. Fortunately, there are laws in place to protect them from these types of backlash.

If you uncovered and disclosed—or would like to disclose—information regarding illegal conduct in your workplace, a Chattanooga whistleblower lawyer could help you pursue your case strategically while protecting your rights. Call one of our experienced employment attorneys to set up a consultation.

Types of Fraud in Whistleblower Actions

Many federal whistleblower actions are brought under the False Claims Act, which is a law that encompasses false claims submitted to the government. These lawsuits are known as “qui tam” actions. The person bringing the action is referred to as a “relator.” Once the lawsuit is brought by the relator, the government may decide to intervene on behalf of the relator, or it may decide not to intervene.

If the government intervenes in the qui tam action it has the primary responsibility for prosecuting the action. It can dismiss or settle the action, so long as the court gives the relator an opportunity for a hearing and the court decides the government is acting fairly.

If the relator seeks to settle or dismiss a qui tam action, the relator must obtain the consent of the government.

The State of Tennessee has a similar statute for whistleblowers in Chattanooga who report fraud in reporting claims to the state government. The process is similar with some differences in how these cases are brought. The relator is also entitled to a portion of the recovery and legal fees under the state statute as well.

The Tennessee False Claims Act protects employees from retaliation by their employers for filing a claim or assisting the state with its own claim. Speak with one of our Chattanooga whistleblower lawyers to learn more about the rights you have as an employee.

It is illegal for an employer to fire an employee for coming forward to report discriminatory business practices. Whistleblower protections are extended to individuals who expose not only fraudulent activity against the government, but any conduct within the workplace that violates federal or Tennessee employment laws.

State-Level Protections in Chattanooga and other places in Tennessee

The Tennessee Public Protections Act (TPPA) provides that an employee may not be terminated solely for the reason of (1) reporting illegal activity in furtherance of a clear public policy or declining to participate in illegal conduct they witnessed in the workplace. A prevailing plaintiff may be entitled to reasonable attorney’s fees under the TPPA in addition to traditional damages. Cases brought under this act are difficult, but not impossible to win because of the “sole cause” standard. If an employer can prove a reason other than the illegal activity was partially considered in making the termination, then the plaintiff will not succeed.

Our Attorneys Could Answer Your Questions on Whistleblower Law in Chattanooga

After discovering fraudulent or illegal activity at work, you may be understandably afraid of losing your job if you come forward. That is why there are laws specifically drafted to prevent this type of backlash for doing the right thing. A Chattanooga whistleblower lawyer at Employment and Consumer Law Group could walk you through the protections in place and provide you with information to make an informed decision about your case.

If you would like to learn more about working with one of our whistleblower attorneys serving Chattanooga and the surrounding areas, schedule a consultation with us. We offer complimentary initial consultations to evaluate your case.