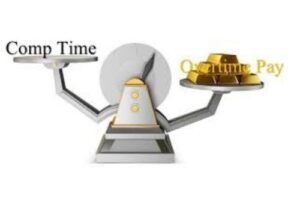 Has your employer forced you to use comp time instead of paying you overtime? Or have you been wrongfully terminated because you spoke up and demanded the compensation you deserve? Wage and hour laws protect Tennessee workers from unfair pay practices. The experienced attorneys at the Employment and Consumer Law Group can help enforce your rights if they have been violated on the job.

Taking legal action against an employer may feel overwhelming, but our Nashville overtime lawyers are committed to helping dedicated employees get fair pay for their hard work. Call or contact us today for help understanding comp time and overtime in Tennessee.

What Is the Difference Between Compensatory Time and Overtime?

Under the federal Fair Labor Standards Act (FLSA), the standard workweek for most employees is defined as 168 hours over the course of seven consecutive 24-hour periods. In this context, the number of hours an employee works includes any time they are required to be on their employer’s premises, at another workplace prescribed by their employer, or on duty in any capacity.

Some employers may offer their non-exempt employees compensatory time (comp time) as an alternative to overtime wages. If an employee agrees to take comp time, they forfeit their overtime pay in exchange for accruing paid time off (PTO) they can use at a later date.

Comp time arrangements are typically only permitted in the public sector. Private-sector employers must pay non-exempt employees overtime wages, even if the overtime was not pre-approved. If your employer has improperly denied you wages or compensatory time off, a knowledgeable wage and hour lawyer can help you file a formal complaint to demand fair compensation or approval for time off.

The FLSA was enacted in 1938 to establish a federal minimum wage, mandate overtime pay for eligible employees, and prohibit oppressive labor practices. Under the FLSA, only employees classified as “non-exempt” are eligible for overtime and certain other protections. Most employees in Tennessee are considered non-exempt, but certain workers qualify as exempt based on their job duties.

Types of employees who are not entitled to overtime pay include most white-collar or salaried positions, such as:

In 2019, the U.S. Department of Labor  increased the salary thresholds for overtime pay in the United States. As a result, some salaried employees who were previously FLSA-exempt are now considered non-exempt and eligible for overtime pay in Tennessee.

Tennessee has no specific laws regarding employee wages or hours, so federal FLSA standards apply in most situations. If you have been denied the proper minimum wage, overtime pay, or comp time off, an attorney can help you file a claim under the FLSA.

Which is Better ― Comp Time or Overtime?

Some employees prefer additional PTO instead of overtime pay, and some public employers can establish compensatory time arrangements that are fair to their employees. However, complex regulations govern comp time arrangements, so many employers have trouble creating systems that do not violate workers’ overtime rights.

Another problem is that many comp time arrangements are agreed to informally (and often verbally) rather than by actually documenting the agreement in employee records. Casual arrangements, even made with the best intentions, open the door for errors in calculating comp time and could lead to wage and hour disputes. And unfortunately, some employers try to force their employees to accept comp time instead of overtime, which is rarely beneficial to the worker. If you suspect your rights have been violated, an employment lawyer can answer your questions and determine if you have a case.

Compensatory time arrangements are subject to a variety of rules and restrictions. Here are some examples of common comp time violations:

If you have questions about comp time in Tennessee or believe your employer may be taking advantage of you, don’t hesitate to contact the Employment and Consumer Law Group. We can address your concerns and talk you through your legal options during a free consultation. Call or contact us now. 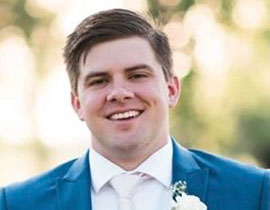 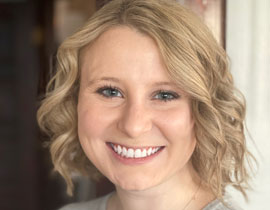 Lauren Irwin
From the Blog
FLSA Exemption Test: Everything You Need to Know
April 6, 2022 by Employment and Consumer Law Group

The Fair Labor Standards Act (FLSA) outlines which employees in the United States can receive overtime pay. Many workers are eligible for overtime, but those who aren’t are considered exempt employees. Unfortunately for many workers, employers frequently misclassify employees who…