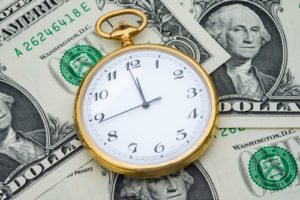 All workers have the right to a fair wage for their time spent at work. Federal law requires that all work performed at an hourly rate must be paid at the federal minimum wage or higher. Additionally, there are laws that govern how overtime is to be paid.

While Tennessee has no laws that govern the amount that must be paid, there are state laws that address when workers must be paid. A Tennessee wage and hour lawyer works with clients whose wages were illegally withheld. If your wages were withheld without proper cause, an experienced employment law firm can work with you to hold employers responsible for their actions and recover the fair pay owed to you.

Tennessee is one of only a few states in the country that has no minimum wage law. Accordingly, all wages are set to the minimum provided by federal law. 29 U.S. Code 206 states the minimum wage for hourly workers is $7.25 per hour.

If payment is not received according to these minimums, an employer may file a complaint with the Tennessee Department of Labor and Workforce Division of Labor Standards.

It should be noted that this time frame may be extended if the worker quits voluntarily. In these situations, the payment can be withheld for up to twenty-one days from the last day of employment.

Improper wage payment can come in many forms. Some employers may pay workers “under the table” at less than minimum wage. Other workplaces may tamper with employee timecards to make it seem like they worked fewer hours. No matter the type of wage violation, the employee may report the illegal acts to the Tennessee Department of Labor and Workforce Division of Labor Standards.

This agency has the power to investigate any wage violation that an employee alleges in the State of Tennessee. In addition to any remedy they may provide to the employee, the agency also has the authority to punish the employer.

Tennessee Code 50-2-103 states that any violation of this law is punishable by criminal prosecution as a Class B misdemeanor. While the business owner cannot be sent to jail if found guilty in court, they may nonetheless receive stiff fines.

Workers can also take their case directly to civil court if they wish. In this case, the claims must state the specific allegations and the direct remedy the employee is seeking. Plaintiffs should take note, however, that this lawsuit will likely only be able to compensate them for the wages that were not paid to them, and is powerless to punish the employer further.

Tennessee wage and hour lawyers can work to investigate claims of illegal wage withholding, in order to provide strong representation with a foundation in both Federal and Tennessee laws.

A Tennessee Wage and Hour Attorney Can Help You

It is easy to feel helpless when an employer does not pay you for the work you completed. Many employees may feel intimidated and fear retaliation if they complain.

Fortunately, both Tennessee and federal laws prohibit workplaces from retaliating against employees who file wage complaints, which puts the power in your hands to pursue compensation if you feel your wages were unfairly withheld.

A Tennessee employment attorney can help you file a report with the appropriate state agencies or file a lawsuit in court for any lost wages. We investigate each claim on an independent basis to provide the best options for every client.

There is a limited time to file a claim in court, so don’t hesitate; contact a Tennessee wage and hour lawyer today.