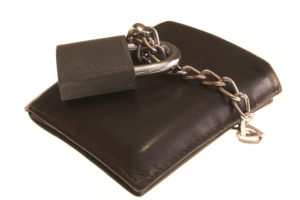 Knoxville workers are entitled to receive compensation for every minute they spend working. If an employer fails to pay you for all the time you are required to be there or does not pay you the correct overtime rate, they have kept money which is legally yours. This means your employer has committed wage theft.

When an employer commits wage theft, they are stealing from their employee by retaining wages rightfully owed to that employee by law. Money that has already been earned belongs to the worker.

If your employer commits wage theft, you have the right to pursue payment under the Fair Labor Standards Act (FLSA). You are entitled to recover all monies you are owed, an equal amount of what you are owed in the great majority of cases, and any attorney fees and costs incurred in bringing your claim. Reach out to a seasoned employment lawyer today. Our skilled attorneys have recovered millions for employees who have suffered wage theft.

Employees do not have to seek permission to recover:

Failure to pay employees for the overtime they worked, is considered a violation of the overtime provisions of the FLSA. According to federal guidelines, an employee who works more than 40 hours in a workweek is entitled to overtime pay at one and a half (1.5) times their regular rate of pay.

Knoxville employees are entitled to a minimum wage of $7.25 per hour. Absent very limited exemptions, they are entitled to overtime pay for every hour worked over 40 hours, even if they are paid a weekly salary.

Wage theft can occur in multiple ways. These cases may occur when an employer:

If your employee has committed any one of these acts, contact a Knoxville wage theft lawyer.

Getting Started with a Claim

Meeting with an informed wage theft lawyer in Knoxville to discuss potential wage theft is often the first step involved with pursuing a claim. We could provide advice on the merits of a potential claim and assist with the actual filing of a claim.

One of the best ways to prepare to bring a wage theft action is to gather all pay records available. Documentation of hours worked and the corresponding paychecks will be important evidence to substantiate a claim. If your employer has fraudulent or no pay records at all, any notes you may have (including emails and/or text messages) which may tend to show the actual hours you worked.

Employers often get away with wage theft because it goes unreported. Do not let your employer unjustly benefit from your hard earned wages.

Retaliation On the Part of Your Employer Is Illegal

It is illegal for employers to retaliate against employees for asking about minimum wage or overtime violations, hiring a lawyer to assist you in recovering your money, or talking to the Department of Labor about either your withheld wages or participating. Our Knoxville wage theft lawyers strive to help victims of wage theft collect the money they have earned.

How Our Lawyers Can Help Victims of Wage Theft in Knoxville

There is no denying that wage theft is a form of stealing. It is a predatory practice that cheats Knoxville workers and their families who depend on their income for support. Although low-income workers are often targeted victims of wage theft, this is a prevalent issue that can impact workers across all income levels.

The Employment and Consumer Law Group has recovered millions of dollars for employees who were victims of wage theft or retaliation in violation of the FLSA. Reach out to a Knoxville wage theft lawyer today if you are interested in scheduling an initial call or meeting with our attorneys to discuss a wage theft claim.