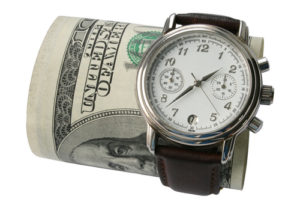 Securing and retaining a position of employment is for many the key to independence and prosperity. An agreement to perform services in exchange for a fair wage is often the mutually fruitful scenario the parties intend.

Sadly, there are too many instances in which an employer decides to undermine the arrangement by failing to pay wages duly earned or by refusing to abide by the laws that govern working hours and conditions.

If you are being unfairly treated in the workplace and are interested in learning more about your rights, an employment lawyer at Employment and Consumer Law Group is prepared to assist.

The Federal Fair Labor Standards Act (FLSA) is a pivotal piece of legislation in terms of outlining the rights and responsibilities of workers as well as those employing them. Though it is the case that the guidelines contained therein can be enhanced by Kentucky law, the federal regulations provide the threshold level of protections and duties.

Classifications of employees who fall under the umbrella of the FLSA are required to be paid the prevailing minimum wage at the state or federal level, whichever happens to be greater. According to Kentucky Revised Statutes §337.275, if the federal minimum rate rises at any time, the Kentucky rate will be increased in order to meet it.

It should be noted that those engaged in employment for which they regularly receive tips may be compensated at a lower rate as provided by federal law, with tips making up the balance required to reach minimum wage.

Employers who opt to pay tipped employees in this manner must maintain detailed records establishing that the total amount remitted was not less than the minimum wage mandated by law.

Pursuant to Kentucky Revised Statutes §337.285, employers are prohibited from requiring workers to provide more than 40 hours of service per week unless they are compensated at a rate of at least one and one-half times their existing hourly wage. However, the overtime pay requirement does not apply to employee categories that include:

There are many times in which a lack of compliance with Kentucky and federal wage and hour rules is the result of unintentional conduct of an employer or a mere misunderstanding of what the law requires. Unfortunately, there are also instances in which the failure to meet obligations in this realm is intentional and knowing.

All too often, an employer may decide to mischaracterize an employment position in order to get around paying overtime wages, to carry hours worked in one week over to a subsequent week or to argue that the work performed could easily have been accomplished in less than 40 hours.

Employers are also known to skirt overtime rules by asserting that extra hours worked had not received prior managerial approval and thus need not be compensated at a higher rate.

Seeking Compensation in a Wage or Hour Dispute

Employees who believe they have been unlawfully treated in a work setting are afforded the right to pursue a civil claim for back wages, an equal amount in liquidated damages, costs and attorney’s fees as permitted by the presiding court, as outlined by Kentucky Revised Statutes §337.385.

An employer who establishes that the violation at issue was made in good faith or that there was a justifiable reason for believing that no violation was being committed will not be required to pay liquidated damages, however.

Employers found to have subjected an employee to forced labor can be required to pay damages of not less than three times the amount of back wages due, together with interest.

No employee enjoys the prospect of taking a boss to court. However, it is important for aggrieved workers to know that the law affords them a range of protections designed to ensure that they receive fair compensation for services rendered.

If you have not received proper payment from your employer and wish to pursue justice, a Kentucky wage & hour lawyer is ready to start working for you. Call us today for more details.