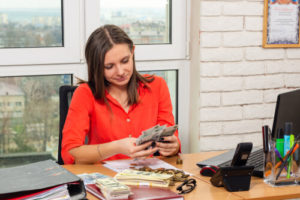 Most everyone enters an employment relationship with high hopes of a fruitful, mutually beneficial situation in which both parties receive that for which they have bargained. Employees expect to receive appropriate payment for all hours worked, while employers anticipate that all defined services will be promptly and competently rendered.

However, trouble often arises when an employer seeks to sidestep the law by not paying workers the full amount they are owed.

When this occurs, a Georgia wage theft lawyer will conduct an investigation of the facts at issue and aggressively pursue the justice wronged employees deserve.

The federal Fair Labor Standards Act (FLSA) requires employers to pay employees at a minimum wage rate that can be adjusted upward by individual states.

While it is true that employees who are regularly compensated in part by customer tips may be paid at a lower hourly rate, employers must ensure that those tips are sufficient to raise the full amount paid to at least meet the mandated minimum.

An employer who pays employees in this manner will be required to comply with a series of strict record keeping mandates in order to document full compliance with the law.

It is also important for Georgia workers to understand their rights when it comes to the payment of overtime wages. The FLSA prevents employers from requiring workers to put in more than 40 hours per week unless the excess hours are compensated at a rate of at least one and one-half times their typical hourly wage.

Certain exceptions to this rule do exist, encompassing, among others, those who work:

Modes and Frequency of Wage Theft in Georgia

The unfortunate fact of the matter is that wage theft occurs more than anyone would like to believe, and cases of this nature are extremely common in an employment attorney’s roster of cases.

Though wage theft can happen to virtually any type of worker, it seems to be visited most often upon those employed in the home healthcare, food service, janitorial, farming and retail sectors.

Employers committing wage and hour violations are regularly known to:

Workers who establish theft of wages by an employer can be awarded the full amount of their back wages as well as liquidated damages in an amount equal to the wages they were wrongfully denied.

Employers may be able to avoid paying the latter amount if they can demonstrate that the non-payment of wages was the result of a good faith error or a justifiable belief that they were in compliance with relevant laws.

The first step in securing justice in a wage theft matter, however, is for an aggrieved employee to consult with an employment attorney who can guide them through the steps necessary to pursue a claim.

Fair treatment in the workplace is a cornerstone of a productive economy. Employees who are subjected to mistreatment in matters of wages and overtime pay owe it to themselves and their families to insist on justice before the law.

If you have been subjected to exploitation on the job and have not been paid all amounts rightfully earned, a Georgia wage theft lawyer at Employment and Consumer Law Group is prepared to fight for you.

Contact our firm today to schedule a free consultation.