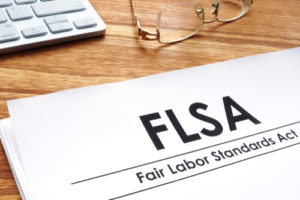 When it comes to the Fair Labor Standards Act, there is a lot of misinformation out there. For example, many people might not know that the current minimum wage in Nashville is the same as the federal minimum wage, $7.25 per hour.

This gap in knowledge often results in the common FLSA issues in Nashville that FLSA attorneys often see. If you are struggling to get an employer to pay you the wages you are owed, consult an experienced FLSA lawyer that can fight for you.

Why Might People Be Confused Regarding This Area of Law

A person might be confused about wage and employment laws because their employer tells them something that is different from the law. That happens often. It happens frequently with people who may not speak English that well. It often happens with people in an industry that is new to them. It happens a lot to students and interns as well as young people who are just starting out in the workforce. They do not know their rights as well as someone who has been working for at least 20 years.

One of the common FLSA issues in Nashville is trying to prove and receive compensation for off-the-clock work. The employer is required to keep time records for every hourly worker. However, if they do not or those records are inaccurate, the employee can testify as to how many hours they worked and the court presumes they are telling the truth because the employer failed to keep their responsibility to maintain accurate records.

There are no circumstances where an employer can pay straight time for overtime to a non-exempt employee. An employer cannot pay the regular hourly rate for hours over 40 hours worked. Sometimes an employer is found to be paying halftime under the fluctuating work week. A specific set of facts must be present before an employer can do that. If a person’s employer tells them that is proper, the person needs to talk to an attorney to make sure it is proper because that can be an issue.

The employer pays the person half-time when they should be paying time and a half. Specific exemptions permit an employer to pay halftime for overtime; so a person needs to talk to a lawyer to see if the exemption applies to them. There is just the one exemption so if all the facts all fit then it is legal. But, all the facts must fit.

The question of whether a commercial driver is eligible for overtime is another one of the common FLSA issues in Nashville and depends on lots of factors such as the size of the vehicle and the cargo being transported. An exemption in the Department of Labor controls the remuneration overtime rates for drivers of certain vehicles of specific sizes. The Department of Labor and the Department of Transportation set guidelines that determine a small truck and a large truck. They are updated periodically.

Overtime pay rules affecting a commercial driver that crosses state lines on the interstate are the same as any commercial driver. The size of the vehicle is important when making a determination of whether the person is entitled to overtime pay. In a week where a person drives a big truck some days and a small truck other days, the person is eligible for overtime. A person who drives a smaller vehicle anytime during the week is eligible for overtime.

Failure to Pay Wages Due at Time of Termination

One of the other common FLSA issues in Nashville is employer failure to pay wages due at the time of termination. A person who is terminated from their job in Nashville is owed for the wages for the hours they worked until their termination. The issue falls under the minimum wage and overtime laws. If the employer tries to withhold the person’s check, they are not paying the person minimum wages. They are not paying that person anything for time worked.

Unfortunately, it is common to see cases where employers do not pay a person their wages due at the time of termination. Employers may try to impose deductions for different things when someone is terminated. Some things they can deduct for and some things they cannot. They try to deduct as much as possible and may deduct for things they are not legally entitled to. The person must look at the hours they worked and how much they are entitled to under the law. A lawyer can inform the employer as to how much they are legally required to pay the terminated employee for their work.

In a case dealing with wages due at the time of termination, a lawyer may look at how much the person worked after the last paycheck. They would identify the hours the person was paid for, what hours they were not paid for, and the deductions made to their wages. They use all of that information to determine what an employee is entitled to under the Fair Labor Standards Act.

When a person is not paid for the times they worked, that is a huge red flag. A person is usually paid for every hour worked and when they are not, that is an indication that the employer is in violation. Even when an employee is exempt, they are still entitled to minimum wage protection. Being exempt only applies to overtime so they are entitled to be paid for every hour they worked. If an individual is experiencing wages due at the time of termination issues, or any of the other common FLSA issues in Nashville, they should consult a skilled workers’ compensation attorney at Employment and Consumer Law Group right away.

Brandon Hall
From the Blog
Workplace Safety Can Worsen Under Bullying Bosses
March 18, 2020 by Employment and Consumer Law Group

Everyone experiences job stress at some point. But a new study shows bullying from a boss can put you —and everyone you work with — at a greater risk of workplace injury. A survey of airline workers and manufacturing technicians…