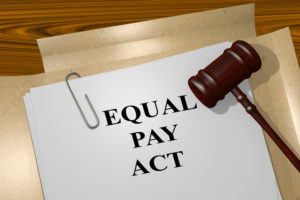 The wage gap between men and women regularly makes headlines today. Celebrities and pundits alike are drawing attention to the distinct disparity between salaries among the sexes. The truth is that equal pay for equal work has long been a problem in the United States.

Statistics confirm a wage gap between the genders. Men consistently make more money than women. In Tennessee alone, recent data from the American Association of University Women (AAUW) found that the median salary for full-time, year-round workers was $45,032 for men and $36,812 for women — a gender wage gap of 18.25 percent. Every other U.S. state has similar differences.

Many people realize that they are being unfairly paid, but aren’t sure what to do about it. They may also be nervous about calling out their employers for fear of retaliation. But labor laws are in place to set things right. If you’re not receiving equal pay for equal work in Nashville or a surrounding community, it’s time to talk to an experienced Tennessee employment attorney.

The Employment and Consumer Law Group exclusively represents clients in employment-related disputes. No worker should be subjected to unfair or deceptive business practices — and we fight to hold employers accountable when they fail to provide the income that their employees are owed.

Need to know your rights if you’ve fallen victim to the gender wage gap? Call or contact our employment lawyers today.

Is it Legal To Pay Women Less Than Men for Equal Work?

Equal pay for equal work is the idea that individuals should be paid the same as someone else performing the same job. According to the Equal Pay Act (EPA), the job doesn’t have to be identical or even have the same job title, but it must be “substantially equal” to the other in order to receive equal pay.

So what is substantially equal work? According to the U.S. Equal Opportunity Commission (EEOC), it is a job that requires men and women to perform duties that require significantly similar skill, effort and responsibility. They also must be done under the same conditions and in the same workplace.

Equal pay doesn’t only refer to fair wages, but also to equal benefits, bonuses and allowances.

Violations of the EPA can be sent directly to court within two years of the alleged unfair compensation practices, or within three years if the violation was done intentionally.
If you suspect that you are not receiving fair pay, our dedicated attorneys can investigate your claim and determine if you have other possible claims against your employer.

The Simple Truth About The Gender Pay Gap

Despite laws making it illegal for employers to pay women differently for substantially similar work, it’s clear that it is still a problem.

According to the AAUW report, closing the gender pay gap would reduce the number of women in poverty by 50 percent and take 2.5 million children out of poverty.

Some workers with an Equal Pay Act claim may also qualify to make a claim under Title VII of the 1964 Civil Rights Act. Title VII makes it unlawful for employers to discriminate in compensation and other terms of employment, such as:

The timeline and process for filing a Title VII claim is different than filing an EPA claim. In general, the deadlines are shorter and there is more work to be done to get a Title VII claim underway. For this reason, it’s important to contact a qualified employment attorney as soon as possible.

How Can the Employment and Consumer Law Group Help Me?

Unequal pay for women automatically puts them at a financial disadvantage that can have far-reaching consequences. Prospective employers often ask applicants to put their current salary on job applications. Doing that makes it very difficult for women to close the wage gap because potential employers rarely make huge leaps up in salary offers. They figure if you accepted a lower salary before, there’s no reason make a substantially bigger offer.

The attorneys at the Employment and Consumer Law Group can help. Our lawyers can advise you on how to negotiate effectively with your employer to get the wage you deserve. In many cases, this is all that’s needed for an employer to realize their wrongdoing and make it right.

In addition, we will help you file a complaint with the EEOC, who will conduct their own initial investigation. If they find that your employer is paying people different wages for the same job, they will take further action to correct the situation and prevent the employer from doing the same thing to someone else.

If some cases, our attorneys may recommend filing a lawsuit against your company to get the compensation you deserve for the entire time that you were wrongly paid. We will stand by your side throughout the entire legal process so that you never fearful of reprisals by your employers or co-workers.

Are You Being Paid Unfairly? Speak to Our Tennessee Employment Lawyers Now

Discrimination is never acceptable. If you’re being paid less than someone else doing the same job, contact the Nashville attorneys at the Employment and Consumer Law Group today. We will review your case and advise you of all the legal options available to make it right.