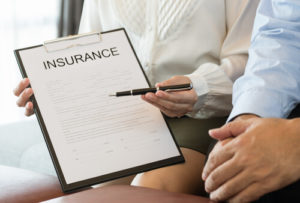 People purchase insurance to cover their homes, cars, businesses, health, and life. Sometimes insurance is required to be able to drive a vehicle or to get a mortgage for a home. Whether it is mandatory or optional, insurance can provide the policyholder with peace of mind that any damage to their property, injury to themselves, or any legal liability they may incur will be covered financially.

“If ever in need of a great attorney. I highly recommend Brandon Hall. His work ethic alone sets him apart from most attorneys.”

By paying insurance premiums, you assume that if you incur costs, the insurance company will cover all or some of those costs according to the terms of your policy.

However, in some cases, an insurance provider refuses to honor the terms or pay out benefits according to the policy without a good faith reason to deny coverage. When you face an insurer who denies you coverage in a way you think is in bad faith, you need an experienced Nashville bad faith insurance attorney to represent you against the insurance company’s teams of adjusters and lawyers.

Having an aggressive and dedicated bad faith insurance lawyer on your side may be critical to getting the insurance benefits you are entitled to. The Nashville employment attorneys of The Employment and Consumer Law Group have the knowledge and experience to review your situation to determine whether your insurer’s refusal to pay benefits or honor other terms of the policy is a bad faith violation of the policy.

If we determine that your Nashville-area insurance claim was denied in bad faith, our attorneys stand ready to bring a claim against your insurer and, if necessary, file suit in court to get you the relief and compensation that you are entitled to.

Contact us now online or by phone to find out how we can help.

What Is Considered Bad Faith in an Insurance Context?

Determining whether to pay an insurance claim is a highly fact-intensive process for insurance companies. Not all denials of coverage or benefits are a sign of bad faith. In many cases, there is a genuine, good faith dispute between an insurer and their insured about the validity of a claim or whether the language of the insurance policy provides coverage for that claim. Even an insurer’s vigorous attempts to deny coverage may not rise to the level of bad faith.

Instead, there are certain factors that experienced bad faith insurance attorneys and courts look at to determine whether an insurer’s denial of coverage was made in bad faith. Generally speaking, bad faith in the insurance context is often characterized by a “demonstrable indifference to or blatant disregard for the interests of the insured.”

In many cases of bad faith denial of benefits or coverage, the insurer will claim that it never received documentation or payments that the insured has sent and thus the insurer is not obligated to act.

When insurers offer seemingly legitimate explanations for why they are denying benefits or coverage, it can be challenging to determine whether such explanations are merely a smokescreen for the insurer’s bad faith denial of your claim.

If your insurer does some of the following acts, it could be an indication that their denial of your claim is in bad faith and that you may have a claim for compensation:

If you have experienced any of these or similar behaviors from your insurer, you should immediately speak with a Nashville bad faith insurance attorney to discuss your situation in further detail. We can determine whether the insurance company may be engaging in bad faith with respect to your insurance claim.

Legal Protections for You

In addition to damages in the amount of the benefits that the insurer wrongfully denied (plus interest), the statute imposes additional liability on the insurance company, depending on the following circumstances:

If you believe an insurance company has denied you benefits or coverage in bad faith, you need to move quickly to preserve and assert your claim. Although Tennessee has a six-year statute of limitations for breach of contract claims, many insurance policies impose a much shorter period to bring any claim against the insurer for refusal of payment.

How Our Nashville Bad Faith Insurance Lawyer Can Help You

If you are pursuing a claim that your insurance company denied you benefits or coverage in bad faith, the Nashville bad faith insurance lawyer of The Employment and Consumer Law Group can help you seek the benefits you were originally entitled to along with the additional damages and compensation you are entitled to for the insurance company’s bad faith actions.

Our legal team can help you by reviewing the terms of your insurance policy. Most policies are complicated, dense documents not easily understood by most policyholders. Our legal team can determine whether the insurance company’s actions merely reflect a good faith dispute over the applicability of coverage to your claim or instead indicate the insurance company’s attempt to deny coverage in bad faith or for malicious reasons.

If the facts of your case show that your insurer is acting in bad faith, our legal team can immediately contact your insurer to inform them of the illegal nature of their acts. If the insurer knows that a policyholder is represented by an aggressive and knowledgeable attorney, they may be less likely to continue pursuing their bad faith actions.

If you are being denied the insurance benefits and coverage you have paid for due to the bad faith acts of an insurance company, don’t wait another day to begin pursuing the compensation you are entitled to.

Contact The Employment and Consumer Law Group today to schedule a consultation with a Nashville bad faith insurance attorney to discuss your case in more detail and to learn more about your legal rights and options.

Brandon Hall
From the Blog
Nursing Moms Losing Jobs Due to Breastfeeding Discrimination
October 14, 2019 by Employment and Consumer Law Group

Federal laws protect breastfeeding mothers in the workplace. But according to a recent study, nursing mothers often face reprisals for seeing to their breastfeeding needs at work — including losing their jobs. A full two-thirds of cases of alleged breastfeeding…